Want the best beef tenderloin in the D.C. area? Head to Silver Spring.

Want the best beef tenderloin in the D.C. area? Head to Silver Spring. 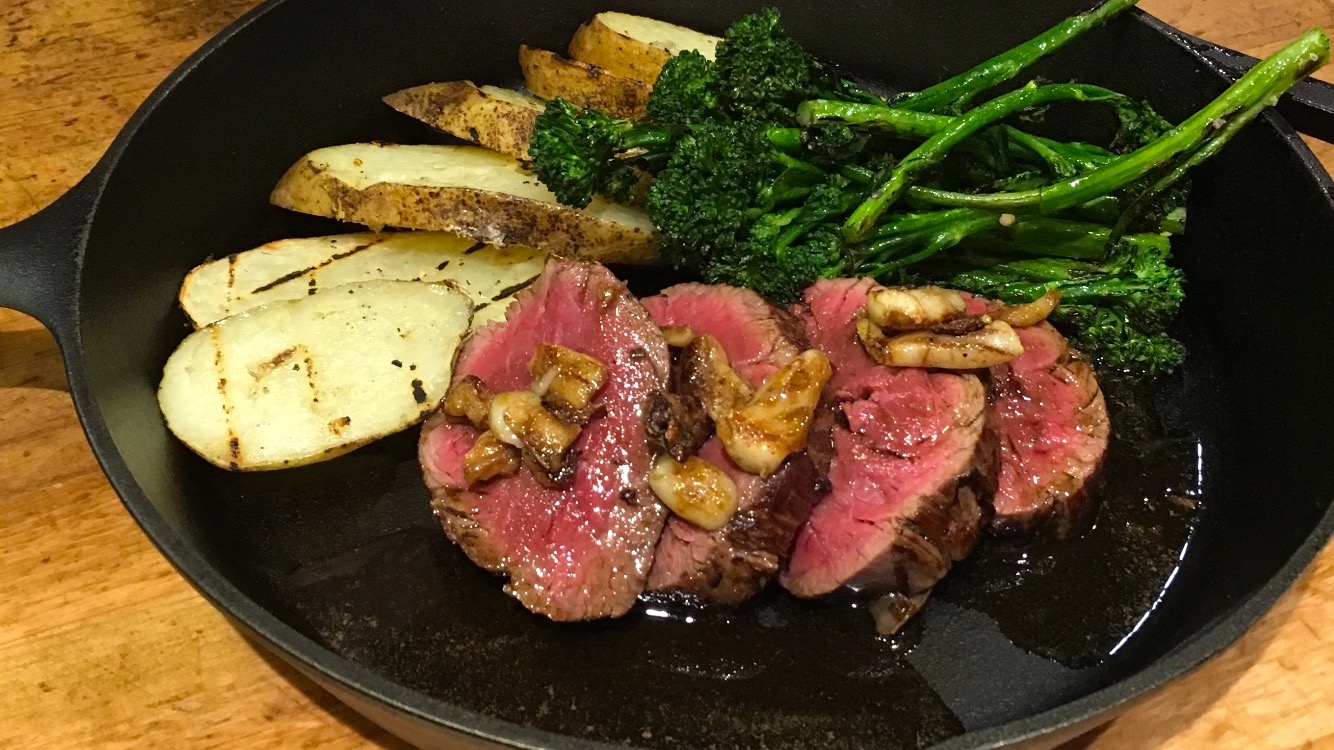 Since we live in a post-factual world, where millions are indifferent to exaggeration and lies, you can now apparently make any claim you’d like. Such as this one from Urban Butcher: The Silver Spring restaurant argues it prepares the best steak in the world.

The cut in question is chef and owner Raynold Mendizabal’s prime tenderloin, which is salt-packed for more than 30 days. The menu lists no price for the steak, only that it’s sold by the pound, with a 12-ounce minimum. My dozen ounces of rosy, center-cut beef set me back $72, which is the kind of tab that almost guarantees satisfaction. I mean, who among us is brave enough to drop 72 bucks on a piece of meat and admit it sucks?

When I reached Mendizabal on the phone, he backed off the claim pitched by his communications team. He wasn’t ready to lobby for the world’s greatest steak. But he said, “I’d put it next to anybody’s . . . In D.C., I’ve eaten [steaks] everywhere. Nothing compares.”

I’d normally write off such statements as the inflated puffery of a restaurateur looking for publicity. But here’s the thing: Mendizabal is not exactly a used-car salesman. He’s a Cuban native who holds degrees in physics and mathematics. He likes Ornette Coleman. He really, really dislikes the limelight.

In other words, I needed to check out this salt-packed slab, stat, even if I never, ever, order a tenderloin at a steakhouse. The cut leaves me as cold as modern health care; the lean, often flaccid tenderloin is to steak lovers what Two Buck Chuck is to wine connoisseurs: pleasant enough, but characterless.

Urban Butcher sells its beef tenderloin after aging it in salt for more than 30 days. (Tim Carman/The Washington Post)

Mendizabal didn’t want to explain all the steps behind his tenderloin, because he plans to patent the method. But he said it’s a hybrid approach, borrowing elements from charcuterie production and the standard dry-aging process. The keys, Mendizabal said, are the percentage of salt used in the process and the temperature of the aging room, which moves from cold to warm (or warmish) over the course of 30 to 40 days.

The method, the chef said, helps concentrate the flavors, while injecting salt deep into the muscle. “It took us more than two years to get it right,” he said.

Once ready for the dinner table, the tenderloin (a prime hunk of meat butchered from an Angus steer, which was raised on grass in the Shenandoah Valley and finished with hay and barley) is pan-roasted with butter and garlic. It’s presented in a heavy, cast-iron pan, sliced and ready to devour. Mendizabal will serve the tenderloin medium-rare only. Those desiring higher temperatures will be quickly directed to other cuts.

You don’t need a steak knife to carve off bites of this beauty. The medallions practically split apart with a fork, releasing barely a trace of juice. That’s because the cut has surrendered a percentage of its moisture during the aging process, which intensifies the flavor. You can taste the butter and garlic, of course, but they’re background notes to this deep beefy deposit of mineral funk and salt. It is, without question, the best tenderloin I’ve ever had.

But is Urban Butcher’s tenderloin the best steak in the world? Well, that’s a clown question to begin with, but it’s further complicated by other factors that get to the heart of my steakhouse biases. For instance, I love char on a steak. Urban’s pan-roasted tenderloin supplies none. I also like a little chew, which is why I adore a good slab of ropy hanger steak.

In the end, I think Urban Butcher has done something more important than produce the “best steak in the world.” It has produced a tenderloin that I’d happily order over and over and over again.